Poles began arriving in the Calgary area of Alberta, Canada, in the period preceding WWI. By and large, these were economic migrants, who found employment as farmers. After 1945, this time for political reasons, another considerable group of Poles settled in the area. In 1955, Bishop Caroll established the Polish Catholic Mission, dedicating it to Our Lady Queen of Peace. Its first priest was Fr. Leon Trawicki. In 1957 he was succeeded by Fr. Wladyslaw Slapa. The premature deaths of both priests set back the Mission’s pastoral activity. Informed of this, Archbishop Gawlina contacted Fr. Franciszek Okroy, the Society of Christ’s Vicar General of Overseas Affairs in Rome, with a request that the Congregation send one of its priests to Calgary. It was a deciding moment for the Society’s missionary work in North America, for it led to the arrival of the first Society of Christ Father on American soil and the assumption of work on behalf of the Polish community at the request of the Church. The first Society of Christ priest to leave for North America in order to minister to the Polish community in Canada was Fr. Jan Otlowski, S.Chr. Sailing from the French port of Le Havre, Otlowski arrived in New York on September 18, 1957. The priest arrived at his post in Calgary on December 8. Shortly afterwards, work was begun on a church building. It was completed in 1968.

1957 and 1980, most Society Fathers worked in the Polish parishes as assistant pastors and chaplains. By and large, these priests assumed work in the north-eastern parts of the United States, where the majority of Poles had settled. In September of 1963, Fr. Kazimierz Swietlinski, S.Chr. assumed an assistant pastorship at St. Stanislas Parish. Previous to this, he had assisted the pastor of Holy Trinity Church in Canada. The following year, the Society sent Fr. Swietlinski to assist at St. Hyacinth’s Parish in Bay City, Michigan. Between 1968 and 1979, in the Detroit district, Society of Christ Fathers provided assistant pastors to the following parishes: St. Bartholomew’s in Detroit, St. Barbara’s in Dearborn, Our Lady of Mount Carmel Parish in Wyandotte, St. Ladislas in Hamtramck, and Our Lady Queen of Heaven Parish in Detroit.

The next region of the United States to make use of Society Fathers in larger numbers were the States of Massachusetts and Rhode Island. Given the considerable opportunities for ministering to Polish communities in this area, a religious house was established in Warren, in the Diocese of Providence. Between 1966 and 1972, the Society Fathers carried out pastoral duties in the following parishes of the diocese: St. Adalbert’s (Wojciech) in Providence, St. Joseph’s in Central Falls, St. Catherine’s in Apponauge, St. Margaret’s in Rumford. In 1972, Fr. Kaczmarek assisted at Our Lady of Czestochowa Parish in Coventry as a priest in residence. In the neighboring state of Massachusetts, between 1969 and 1974, priests served as assistant pastors at: St. Adalbert’s in Boston, Our Lady of Czestochowa in Worcester, St. Stanislas in Fall River, St. Adalbert’s in Hyde Park, St. Peter and Paul’s in Three Rivers, and the Portuguese parish in New Bedford.

Besides these, the Society provided assistants to the following parishes in other States between 1965 and 1976: Our Lady of Jasna Gora in Los Angeles, California, St. Thomas Moore’s in San Antonio, Texas, Our Lady of the Rosary in Baltimore, Maryland, and St. Stanislas in Milwaukee, Wisconsin. In Canada, Society priests were very rarely called to serve as assistants. Between 1963 and 1975, they performed such duties at St. Hedwig’s in Barry’s Bay, Ontario, St. John Kanty’s in Winnipeg, Manitoba, and the cathedral parish of St. Paul’s in the Province of Alberta.

By assisting in old Polish parishes, the Society Fathers were able to make contact with various generations of immigrants. Such contacts often led to the establishment of regular pastoral care in the Polish language. Sometimes the Polish milieu was too small for such local care to be provided. At times the priest’s plans met with opposition from the local community.

The first chaplaincy provided by the Society was at the rest home of the Sisters of the Resurrection in Castleton-on-Hudson in the State of New York. The term “chaplain” is a broad one. In the case of ministering to migrants or members of the military, the chaplain actually fulfils the role of a personal pastor, and thus his position is equal juridically to that of a territorial pastor. Other chaplains merely provide certain spiritual duties to certain groups of individuals and organizations such as bishops, nuns, lay brothers, hospitals, church associations, and others. In engaging the services of the Fathers in 1965, the Sisters of the Resurrection provided them with a sort of “bridgehead” from which they could launch new activities. Fr. Wojciech Kania, S.Chr. assigned a long list of chaplains to this post. On the other hand, there were places which did not result in such continuity. In 1965, the Society provided chaplaincy service to one of the homes of Sisters of the Resurrection in Chicago. In 1978, it provided a similar service to the provincial house of the Felician Sisters in Enfield, Connecticutt. In Livonia, a suburb of Detroit, a chaplaincy was opened in 1976 at the Felician-run St. Mary’s Hospital; likewise, in 1980, at Holy Cross Hospital in Detroit.

Somewhat different are the functions of a chaplain who is assigned to an organization, be it church-related or otherwise. The term “chaplain” is often used in these instances, but “moderator” would be a much more adequate term. In every parish, Society Fathers have served as moderators of church organizations, such as Rosary Fellowships, Sodalities, the Third Order of St. Francis, and others. Among the chief extra-ecclesiastical organizations, the Polish-American Congress, Polish Teachers Unions, and Scouts deserve mention.

On February 6, 1983, Archbishop Edward A. McCarthy established a Polish apostolate in the Archdiocese of Miami. This was a form of pastoral care provided within already existing territorial parishes. The archdiocese appointed its own priest, Fr. C. Podgorski, who had a weak command of Polish, to run the apostolate. On February 6, 1983, at the request of the archbishop, Fr. Zygmunt Ostrowski, S.Chr. began working with the Polish community of the Archdiocese of Miami in the capacity of assistant to the apostolate director. He celebrated Holy Mass at four different locations: the church-hall of St. Michael’s in Miami, St. Joseph’s Church in Miami Beach, the hall of Nativity Parish in Hollywood, and the Church of the Holy Spirit in Lantana (near West Palm Beach). The archdiocese assigned him a permanent residence at the St. Charles Boromeo Rectory in Hallandale. After eight years of running this ministry, Fr. Ostrowski was appointed pastor of the Polish Mission in Sterling Heights, Michigan. On September 13, 1983, Fr. Zdzislaw Nawrocki S.Chr. resumed the work of the apostolate in Miami. The new vice-director, Fr. Nawrocki, reorganized the external structure of its operations. Masses in Miami and Hollywood were moved to St. Charles Boromeo Church in Hallandale, which soon became the center of religious and social life for the archdiocese’s Polish community. The following year, Fr. Nawrocki was appointed apostolate director. Finally, after thirteen years of existence, the apostolate could afford its own church. The Society understood this to be a convincing sign of the consolidation of the Catholic community in southern Florida. So also thought the Archbishop of Miami, John Clement Falavalora, who, on February 3, 1997, raised the apostolate to the status of pastoral mission. Our Lady of Czestochowa was chosen as the Mission’s patroness.

The above-described form of pastoral care was used with varying success in other places. In 1984, Fr. Kazimierz Jasinski, S.Chr. began pastoral activity in the form of an apostolate within the Diocese of Halifax, Nova Scotia, Canada. The Society of Christ Father lived in the rectory of the territorial parish of St. Joseph in Halifax. After eleven years, the bishop decided to entrust to the Society the Canadian parish of St. Anthony’s in Dartmouth. The ministry here was to be carried out in both English and Polish.

In 1990, Fr. Jasinski, S.Chr. was ordered to go to the Archdiocese of Atlanta, Georgia, with the purpose of heading a Polish apostolate. To this end, Archbishop Eugene A. Marino allocated to the Polish community living in the city center the Shrine of the Immaculate Conception of Our Blessed Mother. Yet despite the Archbishop’s favorable attitude, and the efforts of the priest, it was not possible to develop the center at this time. One of the reasons for this was the fact that the Polish community was migrating to the city outskirts. After two years, the Society withdrew its priest from Atlanta. However, eight years later, the conditions became ripe for undertaking new efforts in the Archdiocese of Atlanta. On August 19, 1998, Fr. Stanislaw Drzal, S.Chr. was assigned to assist at St. Lawrence Parish in Lawrenceville (in the suburbs of Atlanta) and to provide pastoral care for the entire Polish community of the archdiocese. This time the prospects of Polish pastoral care in this area were much more hopeful.

The Diocese of Orlando in Florida was another place where the Society introduced a Polish apostolate. In 1991, the local bishop secured an agreement with the Congregation’s superiors to have Fr. Wojciech Baryski, S.Chr. provide pastoral care for the Poles of his diocese. In the event, after a year and a half of protracted efforts, the apostolate was not realized. As can be seen, not all efforts undertaken by the Society of Christ were crowned with success. A mission gave the priest of an ethnic group greater autonomy, in practice the same rights as those of a territorial pastor. It enabled him to exert a greater pastoral influence on the community. Naturally, in ministering to Polish communities, it was not always possible to make use of this organizational structure. There were times when the lack of proper structures in organizing a religious center – structures that gave the priest greater independence – rendered this impossible. 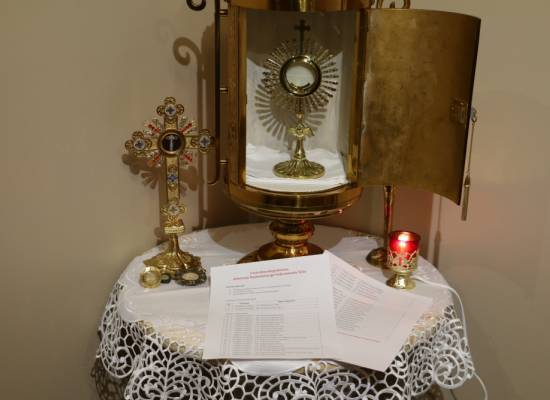 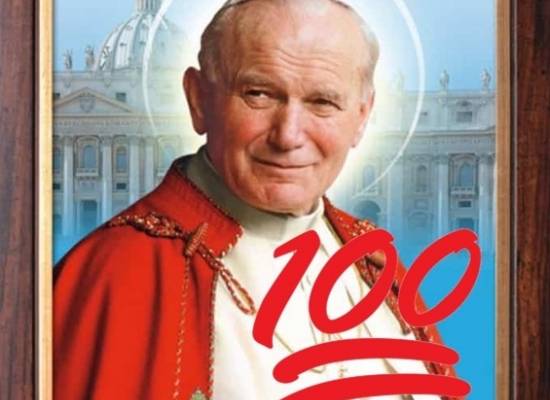 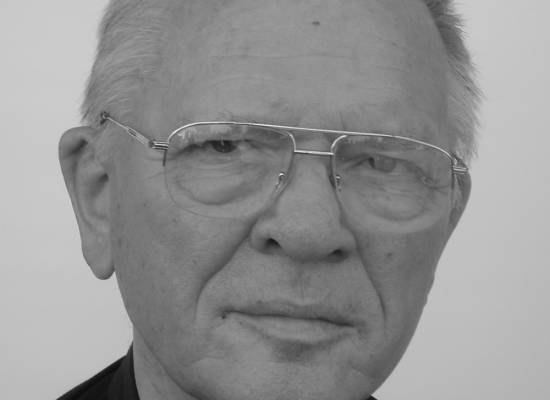 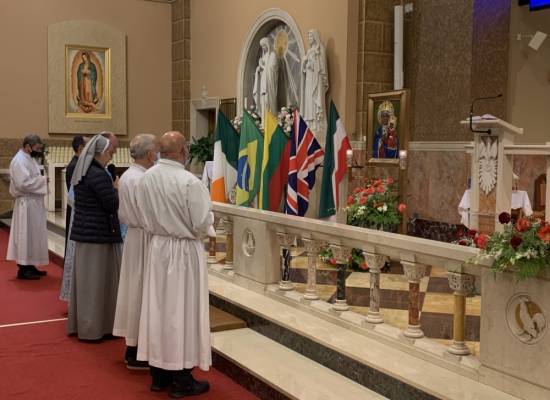